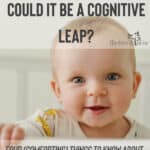 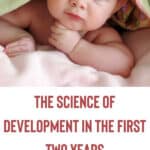 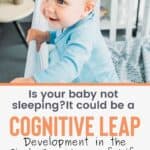 Inside: Is your baby not sleeping? Growth spurts and cognitive leaps cause upheaval and sleep disruptions — 4 things every parent should know about babies’ development in the first two years.

I remember when my son first started to roll over. Suddenly, that was all he wanted to do — over and over again. Even in the middle of the night — he would roll over and then fuss because sometimes he couldn’t roll back over. The same thing happened when he started to stand, started to walk, and every new skill he learned.

As parents, we notice these new skills and rejoice and yet, we are baffled that exactly when our baby is learning something new they seem to be regressing in every other way! Not sleeping, resisting naps, refusing foods they usually love, and just overall crankiness.

Jump To: 10 tried and tested ways to soothe babies going through a fussy period {free printable!}

The first comforting thing to know about your baby’s development is that development doesn’t look like the smooth path of progression that we imagine. Instead, it is made up of bumps, spurts, leaps, regressions, and bounds! In his theory of maturation, Dr. Arthur Gessell called this period of equilibrium and disequilibrium (1) and Dr. Edward Tronick (2) hypothesized that these fussy periods indicate a shift to a new phase.

Learning that development is not always a smooth path made me realize that there is something deeper to the idea that: This, Too, Shall Pass.

The idea that understanding some basic principles of development can help us understand what our babies are experiencing, and perhaps even relieve some of our parenting guilt got me thinking. Here are my “must-knows” for all parents.

1. Your baby’s development is made up of leaps, spurts, bumps, curves, milestones, and cognitive leaps…

Only rarely do we see straight lines of progression in development. Rather, development is made up of gains and losses, progression and regression, and leaps and spurts (Ford and Lerner, 1992, Brazelton, 1992, Heiman & Plooij, 2003)!

Van de Rijt and Plooij, 1992 outlined 10 transition periods in their descriptive studies and have plotted them out by the age of your baby in weeks — they call these Mental Leaps, which is a better term than regression. They discuss these in their book, The Wonder Weeks book (affiliate link).

Of those 10 leaps, several have been replicated in other studies in Spain, Sweden, and Great Britain (3, 4, 5, 6, 7). In addition, the leaps roughly correspond with Dr. Terry Brazelton’s Touchpoints of infant development (affiliate link). For more reading about what happens at each of these leaps, I highly recommend both of these books!

The periods which have been replicated in research studies are the following (Heiman, 2010):

Your baby will likely experience other periods of growth as well as these, but these weeks showed the strongest effects across several infants. This means that most likely the majority of babies will go through growth at these times.

Those who spent their careers studying infants observed that before and during developmental leaps babies are more fussy, demanding, and clingy (Brazelton, 1992, Tronick, 2007). They are even more likely to get sick (8) and experience separation anxiety during these periods. These are exactly the times your baby needs you the most.

Hang in there, Mama! A period of relative calm development will follow each one.

There are several studies that show a relationship between growth hormones and sleep (9).  So, big developmental changes and leaps are tied to changes in sleep.

The onset of crawling is also linked with temporary sleep disruption (10). In addition to crawling, infants are also more aware of whether the parent is nearby or not. Like me, parents report that when their child starts standing or crawling for the first time, they will find their child standing in their crib. It is as if the skill is so new that they can’t control it and their brain is telling them to practice it even when asleep.

One study found that when babies are learning to pull themselves up to stand they experience disrupted sleep (source).

Babies need extra soothing during these periods. What is the good news? This sleep disruption will pass. Once the new skill is organized and the growth spurt has ended equilibrium will return.

3. YOU play a large role in your baby’s development.

Development does not occur on its own. It is deeply affected by genetic inheritance and the environment.

We, as parents, are a huge part of our children’s environment. Time and time again research shows that children of sensitive parents have better long-term developmental outcomes (11).

How parents handle these fussy periods of instability is so very important.

Children are vulnerable during these periods of instability – their systems are disorganized and their immune systems depressed. How we respond may shape the way our children are able to handle periods of stress in the future (12, 13).

4. Development is a powerful force in its own right.

All that I said above about how development doesn’t happen on its own is true, but we often forget about the force of development on its own.

Ever wonder why the phrase “This, too, shall pass” has a ring of truth to it? Or why people say, “Don’t worry, it’s probably just a stage.”

In developmental psychology we measure time as its own variable — it is possible that whatever development is occurring would have occurred simply due to maturation and the passage of time.

Think about sleep training. All of the books say it will work in a week or so. Is that because the method worked or did the developmental leap and fussiness simply pass? Sometimes it is probably one or the other, sometimes probably both. Which makes understanding the effects of sleep training difficult to understand.

When we think about what makes our children grow– it is their world (relationships and experiences), their genes, and the process of development itself.  I find this so comforting as a mom.

When your baby stops sleeping through the night, it’s most likely a leap — a growth spurt. It’s not because of anything you did or didn’t do, it most likely isn’t a bad habit that you created or that something is wrong — it’s just part of the process.

Yes, our actions matter, but we should realize that development is a strong force itself. Micro-analyzing every little thing we do– did we rock too long or too short, hold too much or too little, feed too much or not enough — may be all for naught– it may come down to this simple philosophy: This, too, shall pass.

Once that fussiness passes, you’ll see the new little person they have become. Have you ever noticed that? That after a period of your child being off  — cranky, tired and hungry — all of a sudden that happy little laugh and smiling face is back and you say to yourself– “there he is!”

Here are 10 tried and tested ways to soothe babies going through a fussy period:

How do you know which one your baby needs? Once you’ve checked the basics try whichever one YOU want to do. If you feel better, your baby will too. 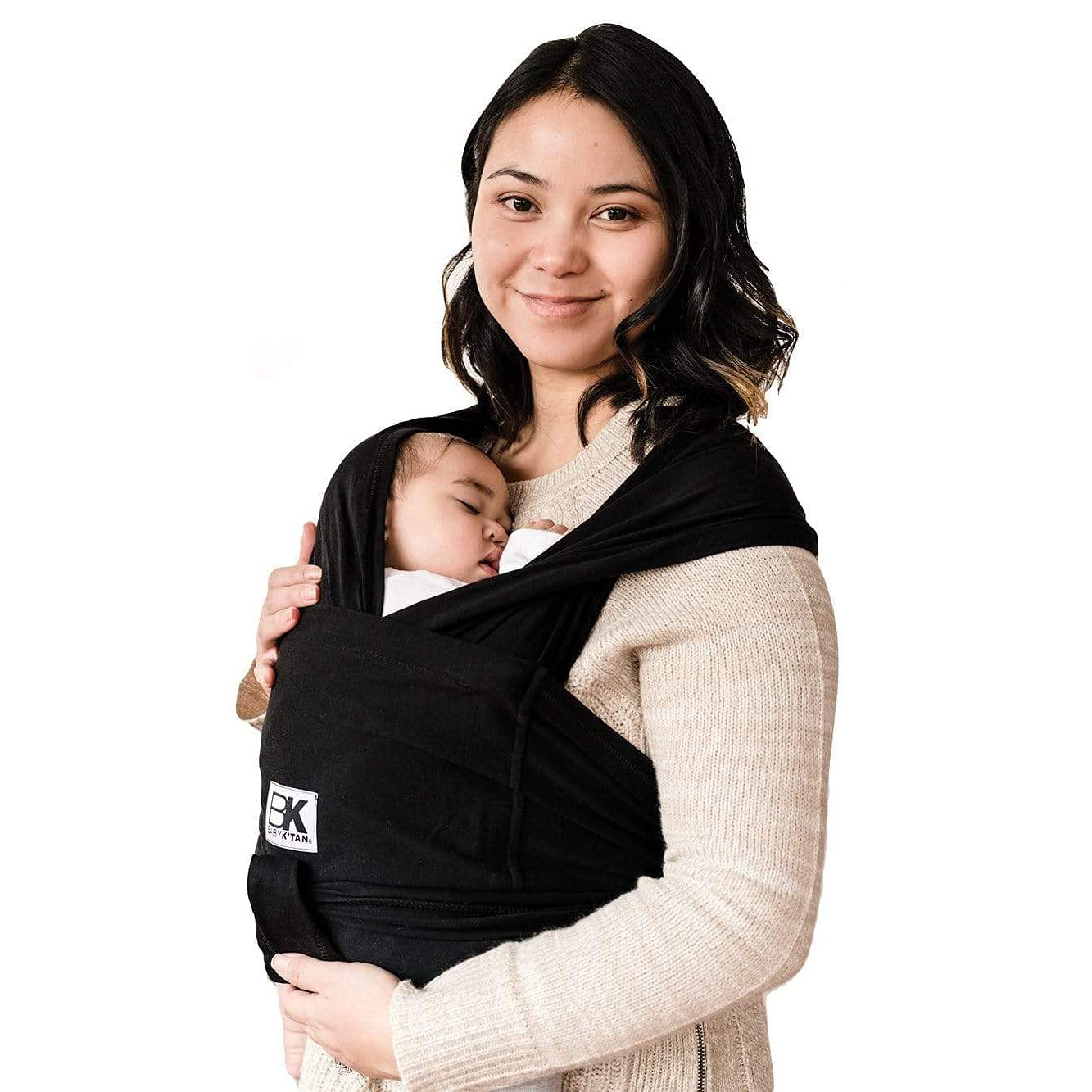 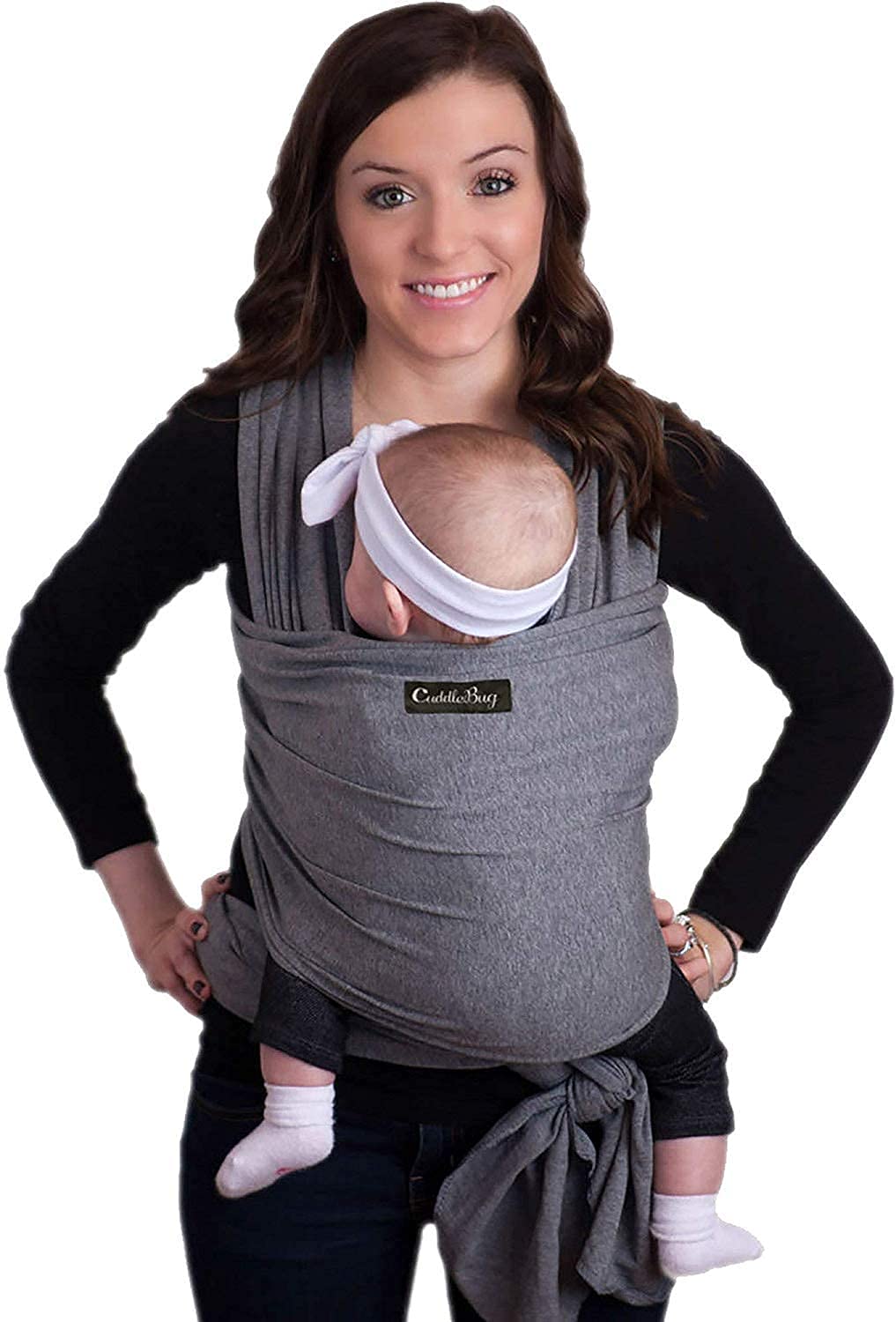 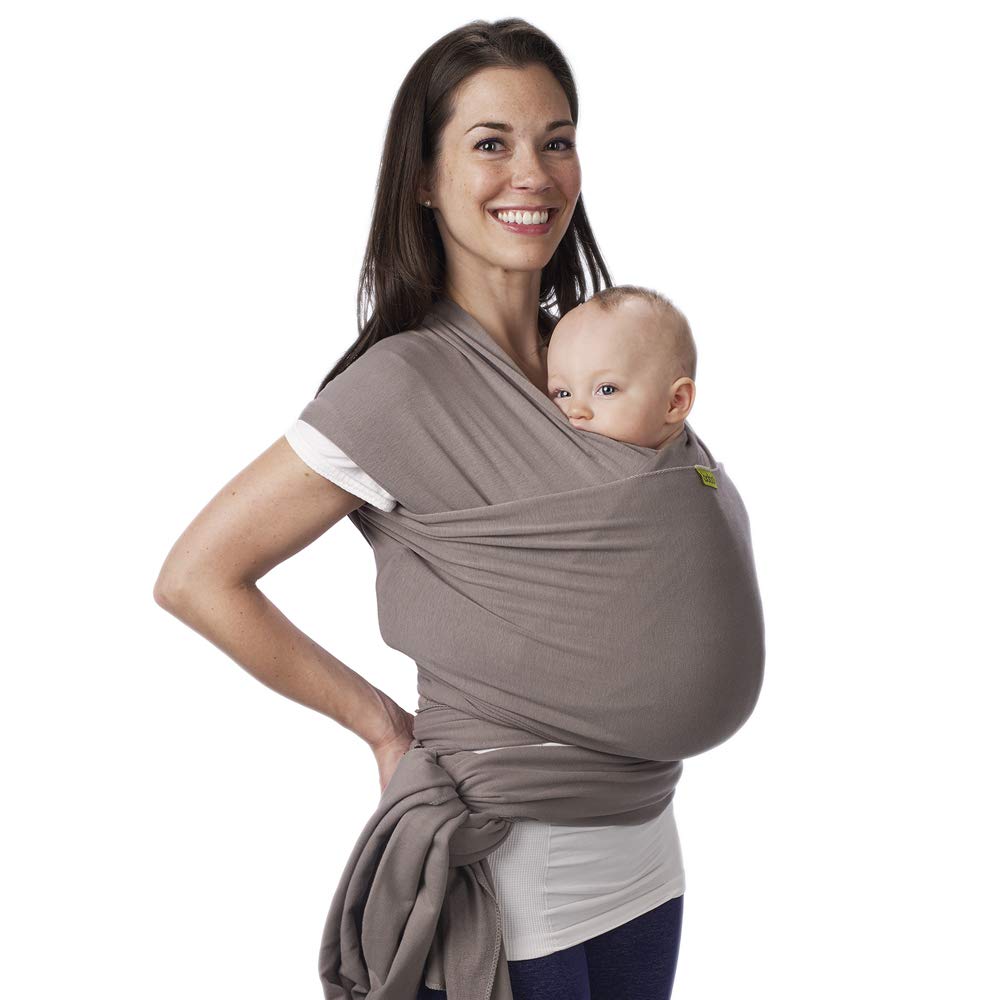 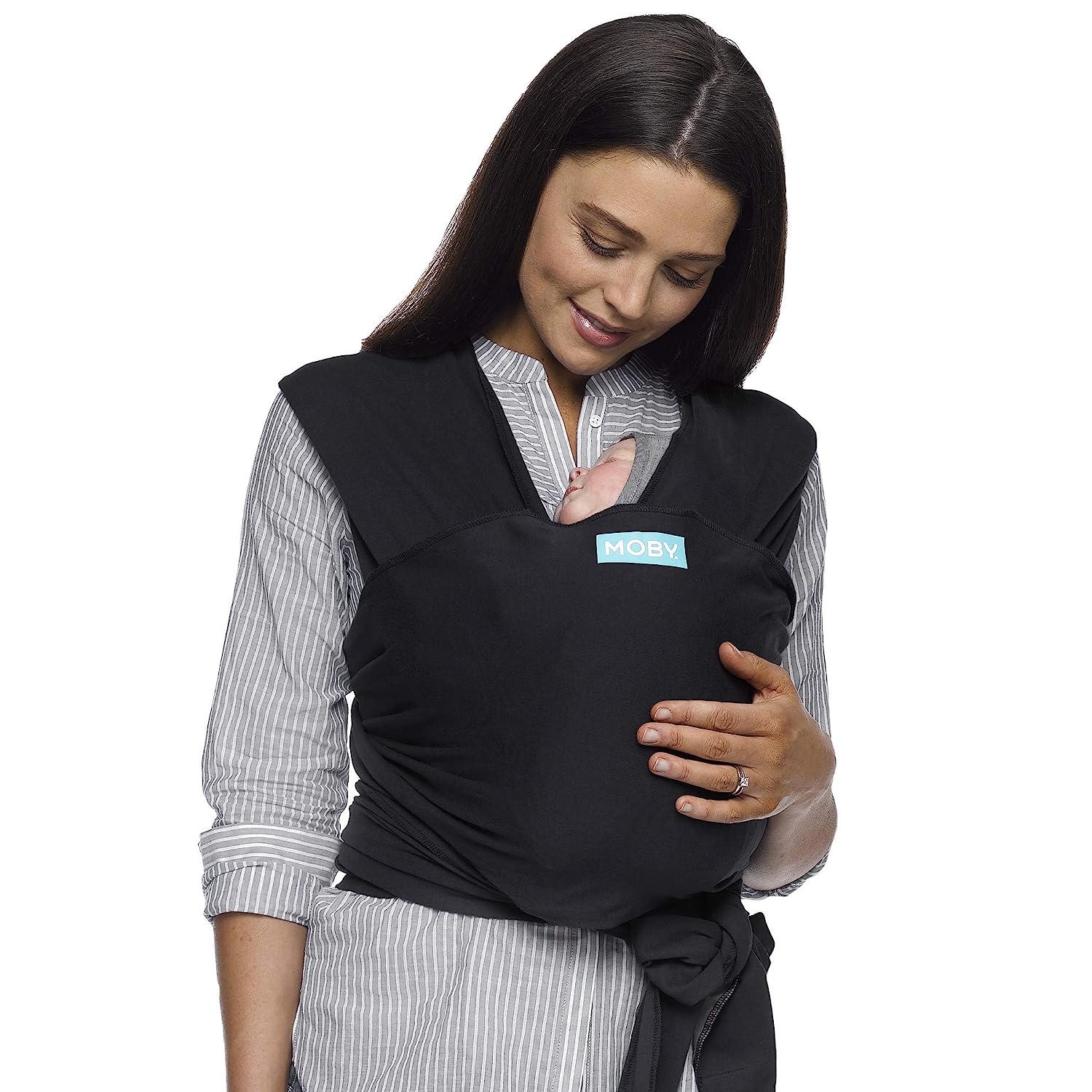 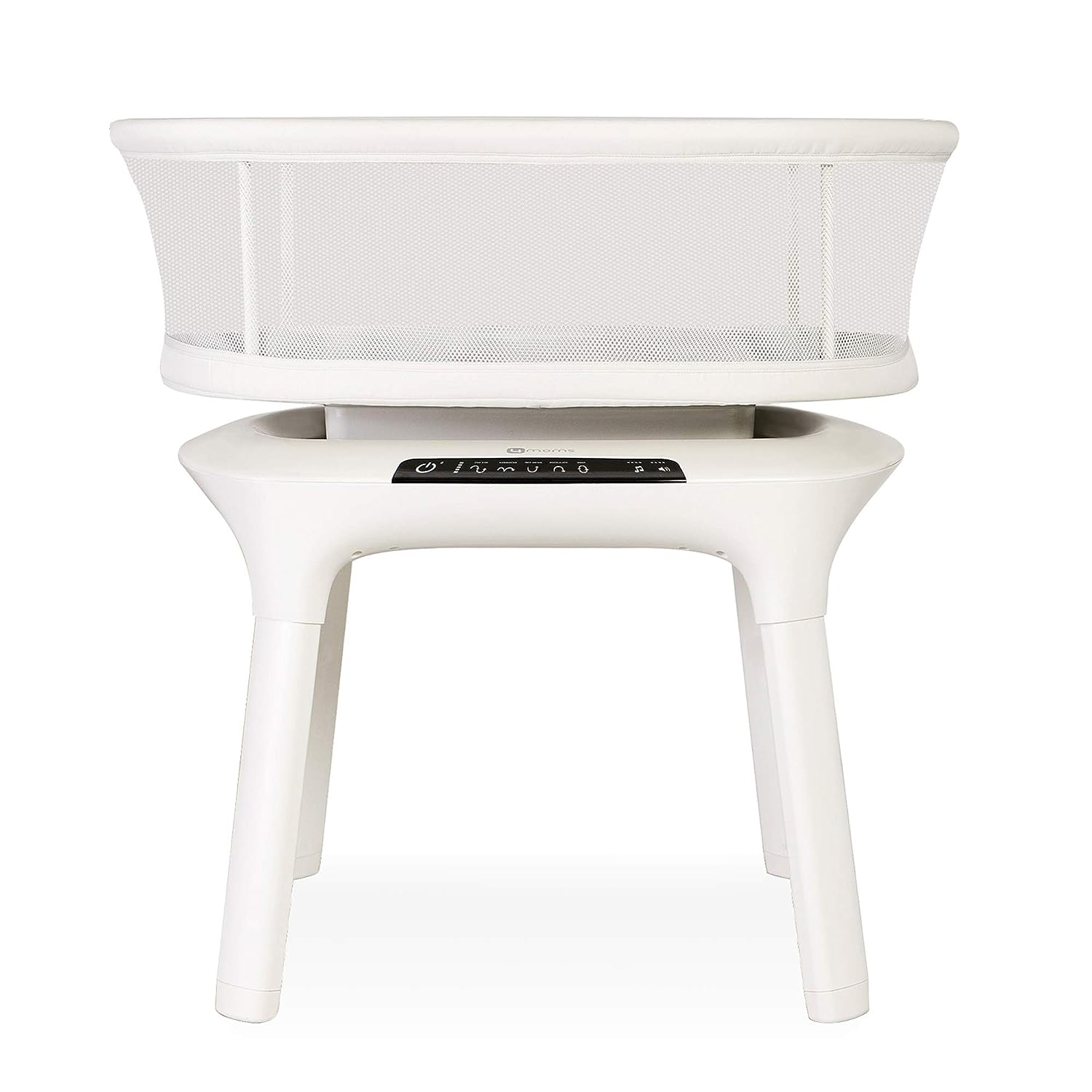 How to Build an Easy DIY Non-Toxic Sandbox
Next Post:5 Parenting Tips from a Parent Coach